What is the personal impact?

Why must companies grow so fast?

All publicly-traded companies and most private companies feel the need to grow revenue at ten to fifteen percent each year.  How can this be possible when the economy is only growing at two percent each year?   A better question is, why do we follow a manufactured rule that creates so much stress for employees, managers, board members, vendors, and customers?  Everyone suffers, right?  Why can’t we have clear and independent thinking?

How do companies achieve these unrealistic growth expectations?  Mergers and acquisitions.  Companies take market share from other companies, all in the name of growth.   Meanwhile, most mergers and acquisitions are very disruptive to employees, customers, and vendors.  Often the buyer values the acquired company assuming that substantial numbers of employees will be laid off.

This is very bad for society.

So you ask yourself-Is Capitalism Bad?

The answer is a big yes!

Why don’t we agree to change the rules and stipulate that a growth rate equal to the GDP growth rate is acceptable?  Some might say this would reduce the value of publicly traded securities.  Well, even if it did, too bad so sad.  We have a real problem with wealth concentration in this country, largely due to two percent of the population getting rich from stock options and IPO’s.  So, this wealthy group can give up a little unused and un-needed wealth for the benefit of our society. 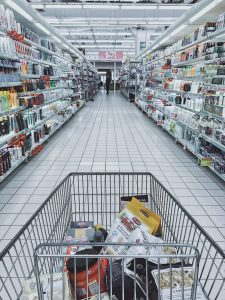 Perhaps someday, we will look back on how we were willing to compromise our lives to follow an arbitrary man-made growth mandate the same way we now look back in dismay at how we allowed smoking in offices, restaurants, and airplanes.  Without question, the health impact on society of being a slave to unrealistic growth expectations is a least as severe as the impact of smoking.  Stress is every bit a deadly as smoke.

Many politicians in the US have painted socialism as a bad system.  But the truth is, in socialistic countries the society tends to work to live rather than living to work.  They work fewer hours per week, have much more vacation, and generous maternity leaves for mothers.  Many of these countries have national health care where all citizens are covered.  The taxation system distributes wealth more evenly, so there are fewer rich people and even fewer poor people. Finally, according to various surveys and studies, people in socialist countries are often the happiest and healthiest people in the world.

Bernie Sanders was on a crusade for economic justice. He asked the big questions-does capitalism hurt society, and is socialism bad?  But after George Floyd, the US is focused on social justice.  But can there be social justice without economic justice?  Of course not.   If we have our wealth concentrated in two percent of the white people, it will be challenging for minorities to improve their lives and outcomes when their wages don’t support even a modest life.

We live in a country where two-thirds of our demand for goods and services comes from consumers.  Many of our jobs depend on consumers buying things they want but don’t need and buying more each year.

The next time I hear someone ask “is socialism bad” I am going to tell them the truth.

As someone once said, the definition of capitalism is people buying things they don’t need, with money they don’t have, to impress people they don’t like.

PrevPreviousGleet
NextDo You Fear Change? 10 Ways You Will SufferNext
Scroll to Top